The road across the Wolds 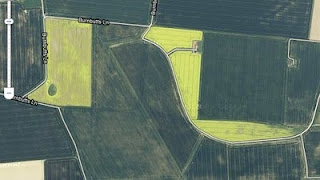 2nd attempt at this post-due to using less than signs and mucking up the html. 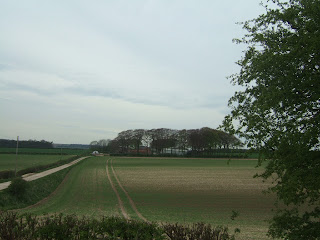 
Travelling to Beverley to visit aged parent I have been James Bond today. The  journey from Hutton Cranswick to Watton takes a couple of minutes on the A164, so I was glad that finding the road blocked ,Police cars, ambulances ,Oh dear hope they are all right accident ahead ,I had the OS map to hand and found a neat by- pass. I love the potential of a  by-pass.
You can play around with the Google Map as long as you like. I love it .
Let the reader understand: Country lanes leading off the A164 are just that. My Os map told me that I would be using a less than B road, with no fences , and acute bends looking like bird beaks From the air.

I cannot believe that travelling in the Watton to Hutton Cranswick direction  Sat Nav sent Juggernauts , White vans, and all the local tradesmen to avoid the Accident on the main road.
At one place I had to reverse around what looks on the Sat maplike the bill of a bird, whilst coming towards me were about 20 lost cars, and behind me 20 more also having to reverse. My James Bond bit came later , as a vast lorry realised that the impasse of  narrowness would necessitate a tilt of 20 degrees from the vertical , up a bank to pass me.  I was not having any. I did the best reversing of my whole life.
I am now  brilliant at reversing, even round the bills of birds, that I am not an extra in a James Bond Movie, BUT I have managed to act the star role , plot the Script , Direct and take all the Credits.
By complete contrast my Drive home across the Wolds  from Driffield to Hunmanby was an interlude . I was able in empty lanes to watch
the progress of the Rape Fields. 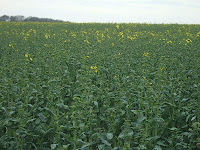 This time next week will do it 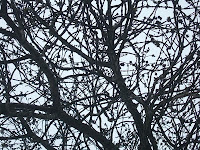 My Favourite tree , THE ASH the last to secombe, the first to leave Summer behind , the best to burn, the ancient and mythical, lines the route . David Hockney has been here with his Hand and  Eye and Heart. 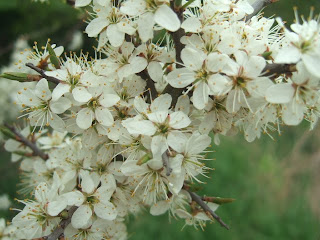 I see the froth of the Blackthorn for miles and miles of laciest delight. I enjoy the Wolds farms proud in their shelter belts, names like Howe Farm and Refuge Farm. I am just in time for the Wolds Rush half hour, as the Farm children are picked up from Kilham school and Wold Newton School and wonder what red Volvo is doing  pulled into the road end of their drive. They cannot know that one  careful lady owner  already has History in the country lanes.