Posted by Margaret Mary Rowling at Monday, August 24, 2009 No comments: 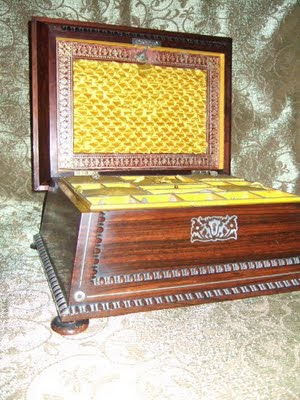 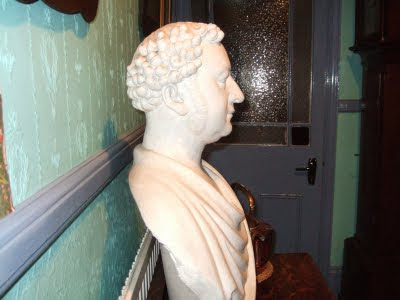 
I am grateful to my cousin in Argentina for all the information he has sent me which I have kept as posted comments on this blog. I have not posted the comment with his e mail address, but I am able to forward any Elder comments for him . I have had a go at taking a digital photo of 3 Daguerreotypes that I have . They are the best I can do at the moment as the glass reflects.

Firstly here above is George Gower Bruce b.1794, the husband of Mary McKinnon Elder(My great great grandparents)
Next is Benjamin John Elder , a miniature of him as a young man, followed by his daguerreotype

The photo below,also a daguerreotype is of Benjamin John Elder Bruce,my great grandfather, son of George Gower Bruce and Mary McKinnon Elder and nephew to Colin Elder of Skye(of Cruise of the Betsy Fame)
My own grandfather and his siblings were all born in Hull. A first son Gower Bruce was born in Scotland, and brought up by Georgiana Newell (nee Bruce ) after the death of his mother. My great grandmother was Marie Louise Bevan( from Hull). Benjamin John Elder Bruce and family emigrated to New Jersey(USA) in the 1890s but the line has now died out. My grandfather only remained in Hull , where I too was born in 1947.
My cousin in Argentina knows more than I do about the Elders. The family gathers here on Wednesday for the 6th birthday of my grand-daughter. In the meanwhile here are the Elder jewels such as they are, and the inside of MMcKEs Workbox. Will send you the outside pictures tomorrow. I cannot get them to rotate right now and it is after midnight. 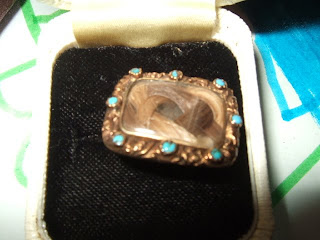 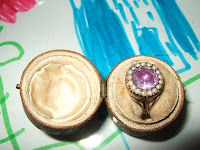 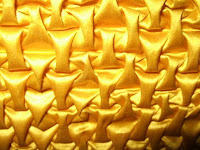 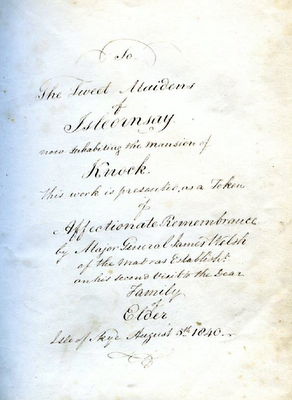 I have a copy of a book, Turners 'Rivers of France' inscribed as you can read to the daughters of the Elder Family in 1840. This book has come down to me , through the family of Mary McKinnon Elder, of which all branches have now died out. I remain with my 2 sisters only. I also have Mary Mckinnon Elders workbox (sewing box) and the mourning brooch inscribed Margaret Elder 1827 (aged 18 died) and a ring inscribed MMcD to MMcB no date but looks Georgian.
I do not have any information about my Elder forbears. My Cousin in Argentina knows far more than I do.

The keeper of the family archive was Eva Borthwick , a grandaughter of Mary McKinnon Elder.I remember her well. She died in about 1955.
Posted by Margaret Mary Rowling at Monday, August 17, 2009 4 comments:

For My cousin In Argentina

Mary McKinnon Elder (top) is my great great grandmother. She died in Inveraray in 1880 and was the daughter of John Elder and Margaret McBean Elder of Isle Ornsey.Skye.
Immediately below her here is Jane McDonald(nee Elder) , her sister who married the minister of Glen Urquart we think?
Below her is Jane Elder (we think) the 2nd wife of the Colin Elder (farmer) of Skye whose first wife was Agnes McKay.
Major General Sir George Elder is the photo taken from a miniature . We have the Inventory of his possessions on his death in Madras In 1836. We also have a plaid (Tartan) of his which we still use on very cold nights on our bed !
Posted by Margaret Mary Rowling at Saturday, August 15, 2009 14 comments:

Antwerp Station -not just the architecture is great

Posted by Margaret Mary Rowling at Wednesday, August 12, 2009 No comments: