Traveller's Joy or is it?

Waiting at Beverley Station this afternoon after visit to aged parent I just couldn't believe the sound of the Blackbird sitting under the roof . I thought at first that it was a recording , a  cunning plot of Northern Rail to subdue hot  and frayed tempers, remembering the piped classical music at Croydon West Bus station installed for that very purpose. But no, fellow travellers and I could see the Blackbird, and the beautiful sound was spectacularly magnified by the shape of the glass roof. Beverley Station has to be one of the dullest pieces of architecture in the East Riding, but this traveller was cheered , calmed and uplifted by the sound of a masterpiece of design.

I am getting used to the walk to Lindum House now. I have my route all tried and tested and varied .Today I walked past the allotments and followed the footpath that skirts the fields all the way around the estate where Mother lives. It takes 20 minutes fast walking from the station, and I enjoy the seasons as seen in the hedgerows and trees. Today the Elderflowers are over and the berries beginning, the Hogweed is seeding and the first signs of pink of the flowers of Rosebay Willow Herb bode full summer.

I love the path alongside the Beverley Allotments particularly, now that I have a vested interest . I have had a strange few weeks on my own allotment . The potatoes have slug holes, the path needs urgent cutting, and 'though I filled all the water baths with the hosepipe,one bath was completely empty the next day. I realised that it had siphoned back as I had left the hosepipe end beneath the water. I have had Gooseberry anxiety as I tried to decide whether picking time had arrived, and had to remove to the incinerator every Brassica plant as they had been infected by Swede midge. On the plus side the first Broad Beans were delicious, and my Clary for Summer weddings is coming on nicely.

This traveller has had lots of joy reading her new Library Book on her train journeys . Val McDermid's , Northanger Abbey for  'The Austen project" might not have thrilled the critics , but I am loving it. Travelling is a suspension of time for me. I can do nothing but please myself how to spend the time between Filey and Beverley and Beverley and Filey. I always board the train where I see the Wheelchair sign and sit in the designated place for Carers when able to . Its best for every facility, and my faithful wicker trolley on wheels is in no ones way.  There are of course some places on the journey where looking out of the window is not optional ; the glacial valley from Hunmanby to Reighton Field, the view of the sea at the Sewerby end of Bridlington , the River Hull at Driffield, and the drain at Arram Carrs where the Heron is. Today I saw my first glimpse of a Poppy field just south of Driffield by the canal.

All my 50 years  of botanising I have been mistaken . Today I realised it for the first time. This is not Travellers Joy (Clematis vitalba), it is White Bryony (Bryonia dioica). 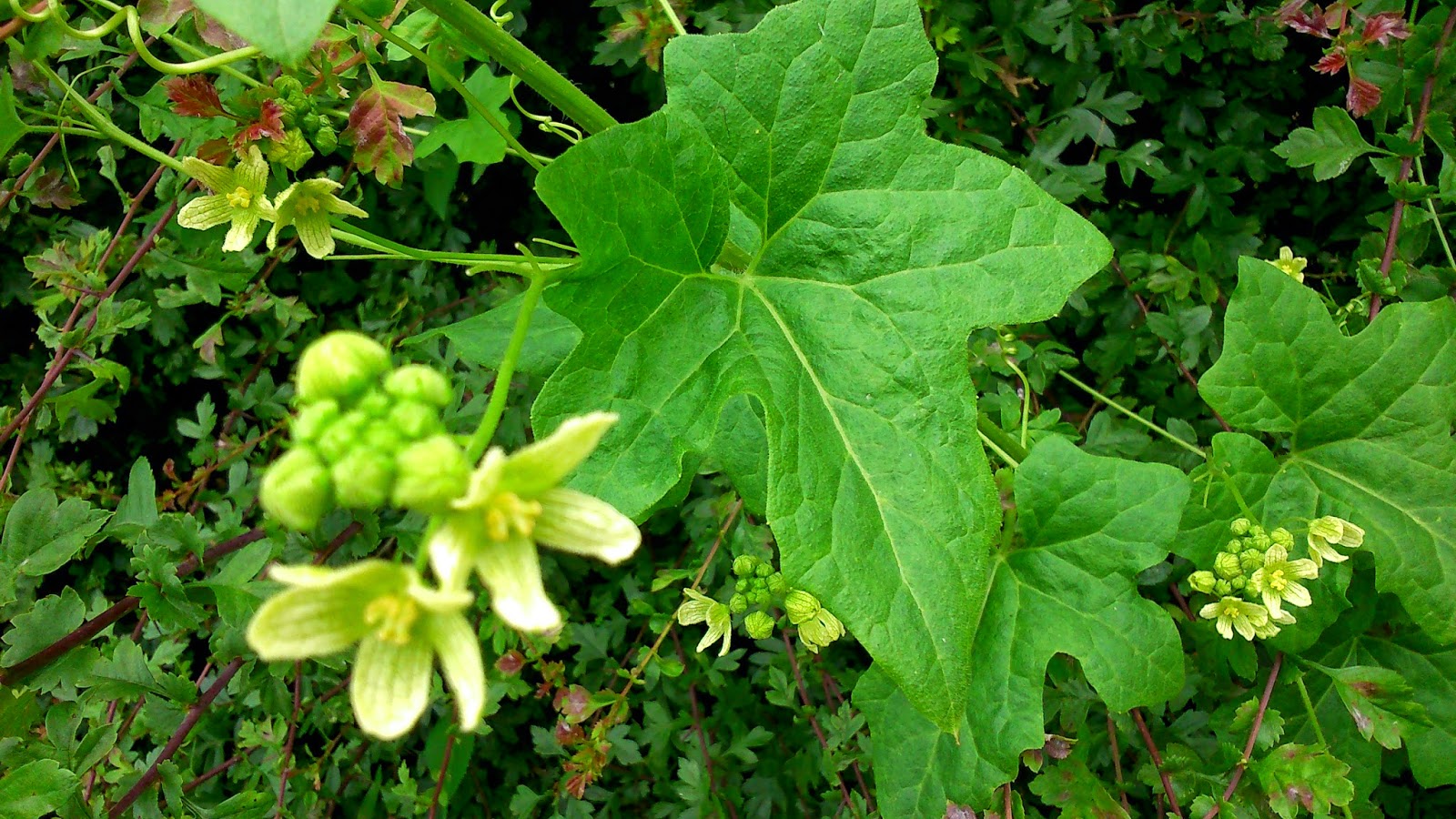 Posted by Margaret Mary Rowling at Monday, June 30, 2014 No comments:

Ive just been back 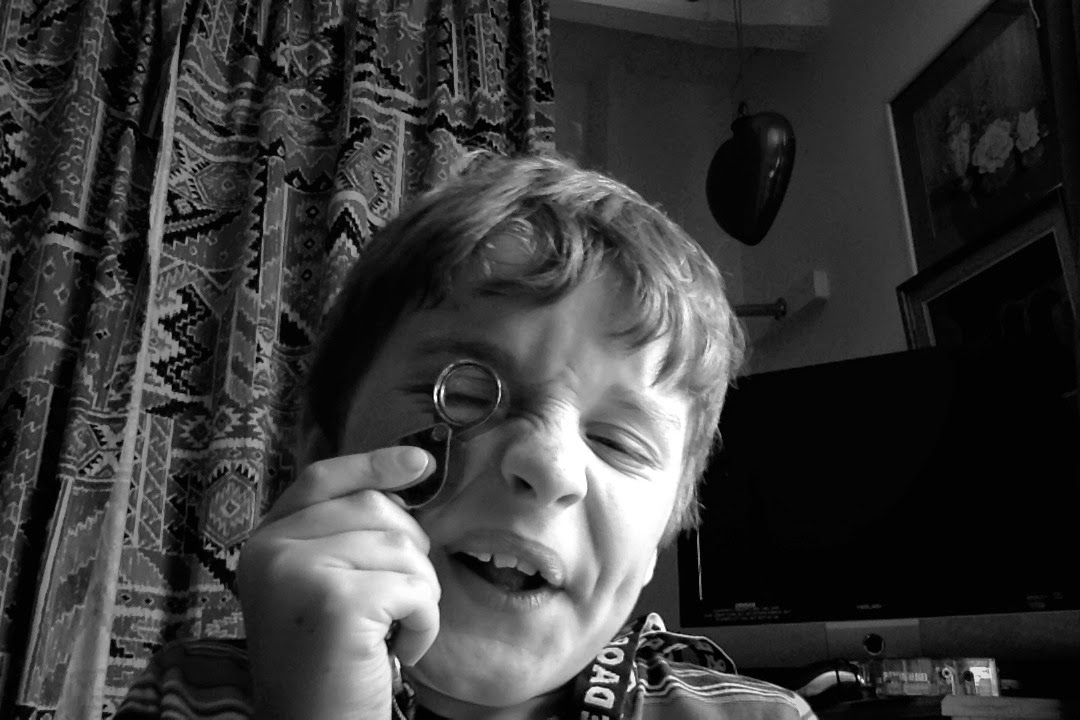 For the 20 odd years that I've lived just over the border , in  North Yorkshire I've revisited

a road verge every year. Last year I missed them or they were grazed off by the ponies , this year the gypsies have left gaps in the verdure so they are there to delight . Common Spotted it might be but there is nothing common or spotted about them as far as I'm concerned.
I was doing my second Plantlife walk last week of my designated km square and met the dog walker I had first talked to in 2013. She remarked that children who live in Inner Cities  dont enjoy  wild flowers .

Ive been brooding on that one .

Many of the  children who live around me never even seem to be outdoors in the summer, the TVs are on as I pass. (This is not a blanket statement. Some children were out at half term enjoying games running around the houses and alleys). When I taught in Inner London , in Wandsworth we didn't have any

grass, just a playground,and had to walk the children to the Common for "Nature Study" but this was rare, once a term if that. Children in Bridlington at my last school had a wonderful field, picked daisies if they wanted and found lots of weeds which they soon found out were wild flowers. Urban spaces are not devoid of wild flowers at all , they are everywhere. Children  and adults dont  recognise that they are of  interest whilst they are out and about. (IMO).

I have had to learn to open my eyes . In cracks of pavements, and where the road edge meets the pavement are the best places to find a small member of the Campion (and Carnation )family. I have just discovered it . Each flower is the size of a match head. Its called Pearlwort and is surely another treasure  of the roadside.


Reuben found my hand lens the other day, so that's a beginning , even if hes just found Photobooth on my laptop- at least he's looking!

Look what was found in the St Oswalds Chest.... 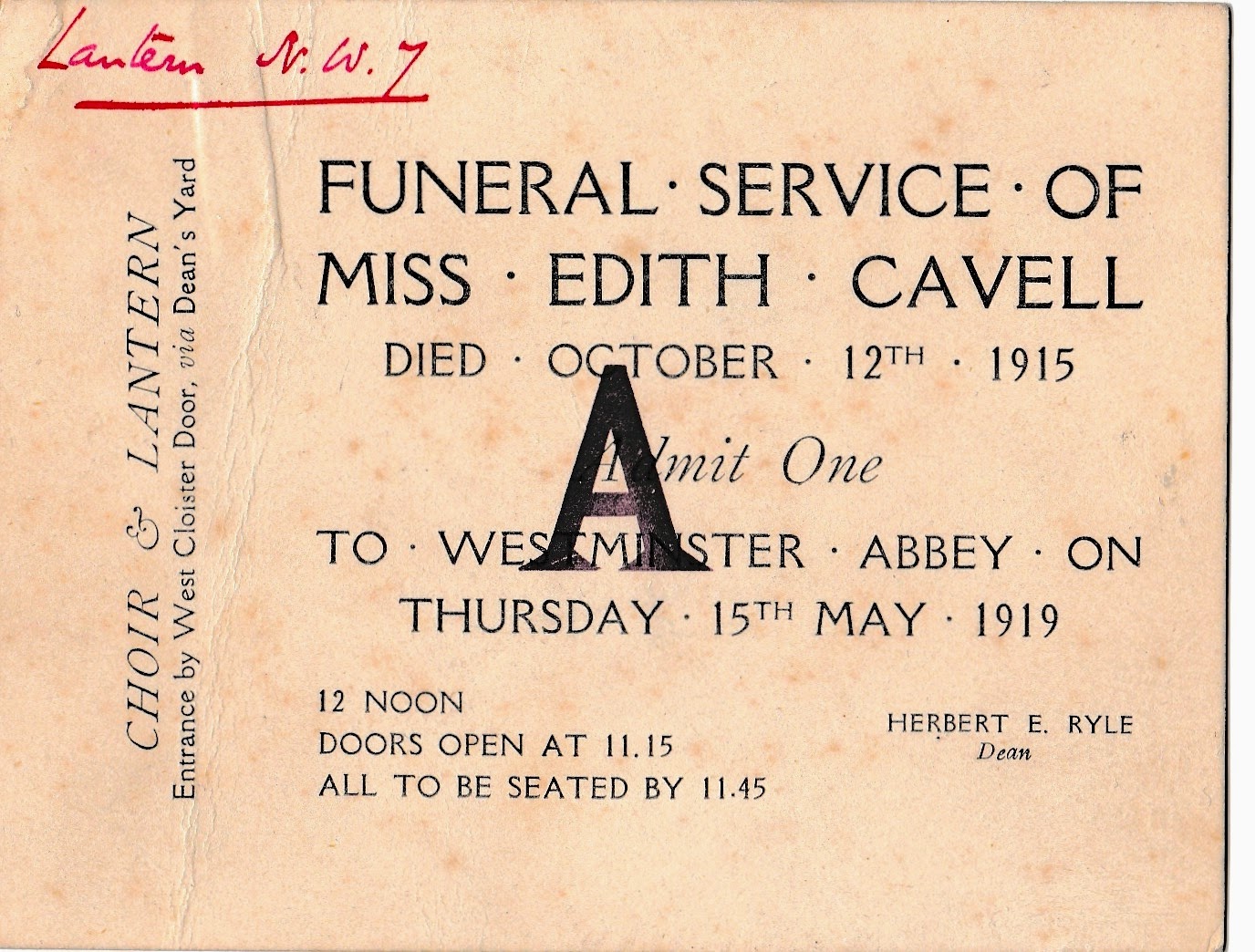 I wonder how many wardens of the Parish have looked in the chest. Most since it was given I'm sure,  just incase something has been missed off the Inventory for the Visitation of the Archdeacon. Colin was helping Anne last week , and here's what they found. We wont know who it was went to the service and donated the emphemera; The Ticket and The Order of Service.
My friend Rachel tells me that The Crimson Field on TV was well worth viewing , I will have to see the re-runs . I've also been thinking of John Siddle teaching me in 1963, when we did War Poets for O level English Literature, and how those poems are still remembered over 50 years later.
Those I serve I do not love, those I fight I do not hate (Yeats)

People of my age all learned the story of Edith Cavell, as now young people just simply astound me with their sensible, loving and thoughtful take on the "war to end all wars ".