The grass is riz 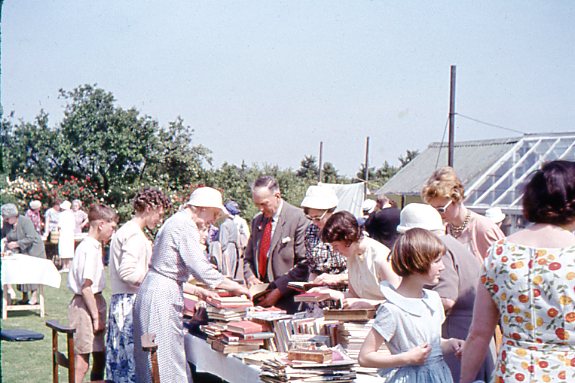 I know this photo was taken in June 1960. I know it was taken in the garden of Dr & Mrs Rodgers in Wawne Road , Sutton in  Holderness. I know the dark haired girl is the 13 year old me at the Book stall of our St James Parish garden Party. I can remember  books I bought and have them still


I bought my mother 'How shall I study the Psalms ' and a beautiful 1671 New Testament with hand coloured plates .

I've been thinking a lot about poetry recently, about the beauty of language and the sound of the human voice reading it. Now that I am in my riper years and inclined to look back and remember the joy of discovery 58 years ago I realise that joy of discovery actually carries on and on and on . I ponder about all the children and young people who were in my Classes.

So there you have it , Its time for VERSE AND WORSE. I was listening to the Dawn Chorus this morning as only Spring can do . It's better this year as the Herring Gulls are not on next doors roof. The Grass is growing on the allotment and my neighbour Vince has cut my paths and I have done the edges with my new Long handled and angled shears, so I have to check up the correct words from

I'm going to read The Bleed'n Sparrer next . I know Miss Cox would have hated it.

An' washed the bleeder aht.

An' as 'e layed 'arf drahnded
Dahn in the bleedin' street
'E begged that bleedin' rainstorm
To bave 'is bleedin' feet.

But then the bleedin' sun came aht 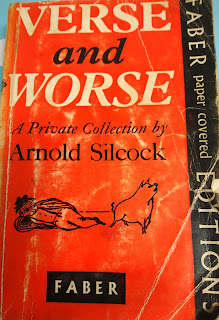 Dried up the bleedin' rain
So that bleedin' little sparrer
'E climbs up 'is spaht again.

But, Oh! - the cruel sparrer 'awk
'E spies 'im in 'is snuggery
'E sharpens up 'is bleedin' claws
An' rips 'im aht by thuggery.

The moral of the story
Is plain to everyone...
That them wot's up the bleedin' spaht
Don't get no bleedin' fun.

Posted by Margaret Mary Rowling at Tuesday, April 24, 2018 No comments: