In bed with the Major General

This was supposed to be a few bon mots about 25th January. I was going to talk about the Haggis in Morrisons and the wee drop of Drambuie I have been keeping to go with my Burns night thoughts. Its the 27th now and the moment has passed but I am not going to waste my 'tartan ' pictures.

My dearest of aunts , Alice Susan Bruce  was the curator of all our Scottish relics, heirlooms and in some ways ephemera. I always remember her on 26th January , her birthday. So forgetting Burns night has enabled me to write about something much more personal.
My great great grandmother Mary Mckinnon Elder married a Bruce , and passed many family things to her her grandaughters 'the Edinburgh aunts' (Eva and Bessie Borthwick) who passed them to my Aunty Alice. My aunt passed the Major Generals plaid  on to me several years before she died.
The huge piece of black watch tartan (5 yds by 2 yds)was supposed to have belonged to Major General Sir George Elder who died in Madras in 1836. We have the Inventory of all his possessions on his accidental death,(fall from his horse) it is not there. His effects were sold in India and the monies returned to Scotland. Of course I have no way of knowing it was his. The oral tradition about it might have been blurred. It might have been given by him to my Great Great Grandmother who was his niece.  We will never know. When I was given it in 1982, it was all wrapped in brown paper, and had not been opened for decades.

For the last 30 years Colin and I have used it. It is thin and extremely warm. When it is very cold we say
Shall we go to bed with the major General tonight? 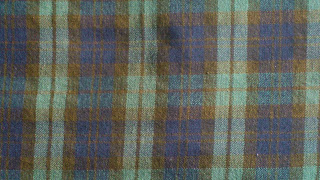 Everyone seems to be doing it here. They are doing it in the street, on the buses and most disconcerting of all the lady behind the counter at the newsagent was looking me straight in the eye and doing it in a foreign language. Here in Brighton it is de rigueur to talk into an invisible microphone and talk to a friend .  I thought at first that Brighton had a high proportion of mad people. When I was little it was said that people who had mental problems talked to themselves. Now I know that Brighton has a population of young people and people with lots of friends, and people with smart phones who know how to use them. 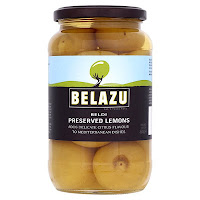 In Filey I know 2 people in my immediate circle with smart phones, and 30 people who do not have an email address, let alone a PC. Smart phones are in Filey held by the young, the teachers, and professionals who do all their diarying on them, the nerdy elderly (my bracket) and  the plumbers and builders and electricians.

So being in Brighton for 2 weeks now I really realise just how much the internet can take over the world. Its isn't always right either. On New Years Eve I checked the website for the Morrisons store 2 mins around the corner. It assured me that on New Years Eve, yes I checked the Holiday Opening Hours, that the store would close at 10pm.  It was shut at 7pm and I| couldnt get my planned seection of salads to go.

Now we are talking Brighton, where the corner shops were all open on Christmas Day, the sales started at 8am on Boxing Day, and around the corner is a 24 hour Cafe. The big Boots  Chemist shuts at Midnight everyday, and Christmas is called Winterval.You can also wear what u like in Brighton and not look out of place, and the old people manage their 3 wheelers with no trouble on and off buses which lower to the kerb just for them. Buses run every 8 mins on scores of routes and you can buy just about anything. I LOVE IT but just for 2 weeks. I am ready to go home soon, theres only just so much avant guard I can do.

I am now able to cook like Otto Lenghi, I have got the Pomegranate Molasses and Preserved lemons in Tajs. Oh I will miss Tajs.
Posted by Margaret Mary Rowling at Wednesday, January 02, 2013 2 comments: