Wainwright  does not have the monopoly  on walks . I expect that more people have done the River Hull walks over the centuries, even though judging by the rat run from Stoneferry to Wilmington in 2019 most are travelling in fast car .
I travelled downstream on Monday along the banks of the  River Hull as close as I was able , without being accused of spying, industrial espionage  or looking for  a  wild swim  mudbath. Actually I  never saw any one else on foot apart from a thinly clad Hoodie and a woman with a pushchair . Its not really good for walking , as when  crossing the road to look for places to take a photo, or look at the river , one dices with death. Only at Wilmington, the end of today's river route does one get a Crossing Place with a press the button and wait for the green man.  It really is the industrial heart land of Wincolmlee.  At the end of the walk, catching a look at the fantastic new plant that is Energy Works  crossing Cleveland Street was no joke.
I am so out of the urban loop. I was even fascinated by the cohort of youths , hiding up a cul de sac , with  new motor bikes and no helmets taking  turns at  shared wheelies out into  the busy road , and trying out their revving .
I had always wanted to have a good nosy around Stoneferry Bridge and see if theres anything left of the house where my 19th Century Family lived until they emigrated to New York in the 1890s. The house was razed to the ground in 1944 by German bombing. every time we drove over the bridge in the 50s the remaining stones would be pointed out to us, but now I cant even remember which side of the Bridge they were, except they were on the West side of the river, and must have been near the Waterworks where my GG worked being the Chief Waterworks  Engineer . As the Waterworks stopped pumping water in 1891, and the site wound down completely by 1901, I now see why my GG needed a new job .
The bridge seen today is the new bridge, built in the late 80s. I came back home to Hull to visit the family home in Sutton and found that my remembered bridge had gone .
I was enthralled  to see the film about the day all the bridges over  the river were lifted, on 22nd  September 2017. I watched it in  Beverley Library , Beloved was waiting , not very patiently  .
I have now walked over 10 of the 13 bridges(not Scott Street, obviously). Next walk I will do the remaining ones, and am hoping that I get some company for this one, Stoneferry to Kingswood.

The walk downstream  from Stoneferry confirmed all that I had expected and more. 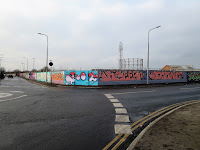 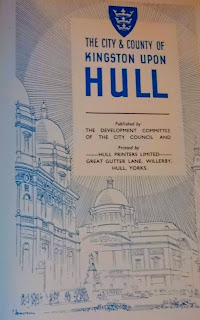 ***I have yet to do my post about my walk with my grandchildren  just look at the art . This will follow. Today's walk finished with lunch at the Wilmington Cafe after walking the old cycle track across Wilmington Bridge. I caught the 10 bus opp Energy Works back to town 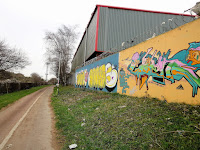