I woke up this morning feeling rather Job -like.
Yes! we had managed the  journey here without incident. The two days of travelling were fun, trains and boats and no planes . The empty train from Glasgow to Oban was amazing . I could move from seat to seat and look at all the views. The windows were clean for the first time I have ever done the West Highland route. The complimentary postcards were a help too, as I could immediately do one to Mother without going in a shop.
Job-like because I have the BBC WEATHER APP on my phone, and when I finally managed to get the wifi working I nearly cried when I saw the weather was set for pouring rain and high wind for the next 4 days. Here I post a link to my Devotional that just happened to be for the day . Here it is in a sentence
Job had to put up with it because he knew God was sovereign.

So we had breakfast and the weather was lovely . A walk whilst the weather held then .
The slow mile or so to the Machair would do. Spouse could manage that I thought. He suggested the Marble Quarry but on the first day I thought that might be pushing it for him. We barely managed Port Ban and back because the wind was so very strong and Colin just can't do head wind since his heart attack. The light was beautiful and so were the colours. C declared it was lovely. My mind was now in overdrive. What if C had another heart attack ,where I cant even get a signal for the phone, what if this really was even more like Job. When he sat down on a bank I started praying hard, get us back , get us back (had he got his nitrate spray). On again and so to the seat just below the Catholic House of Prayer. Nearly back , nearly back.

Heres the end of the story 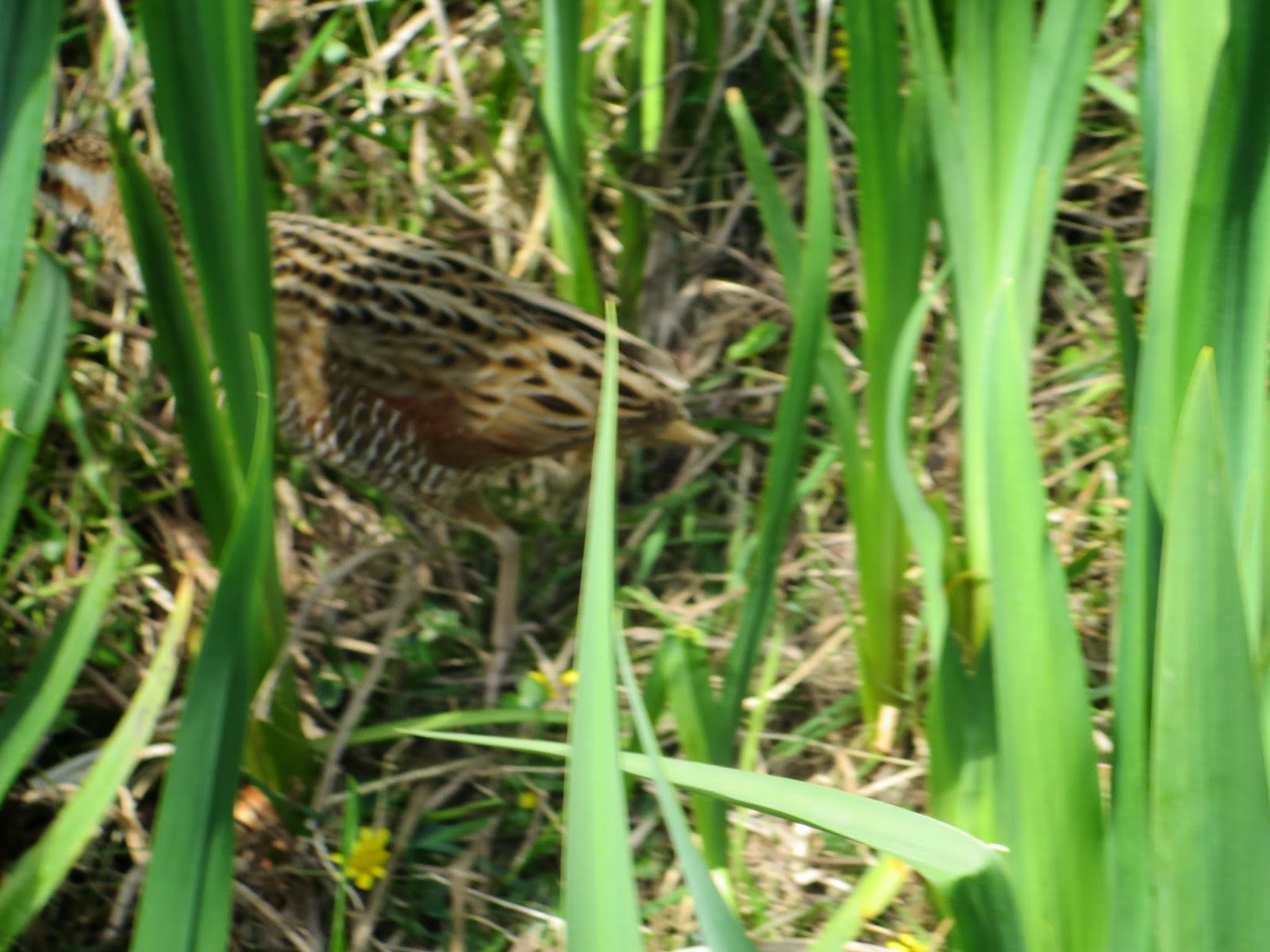 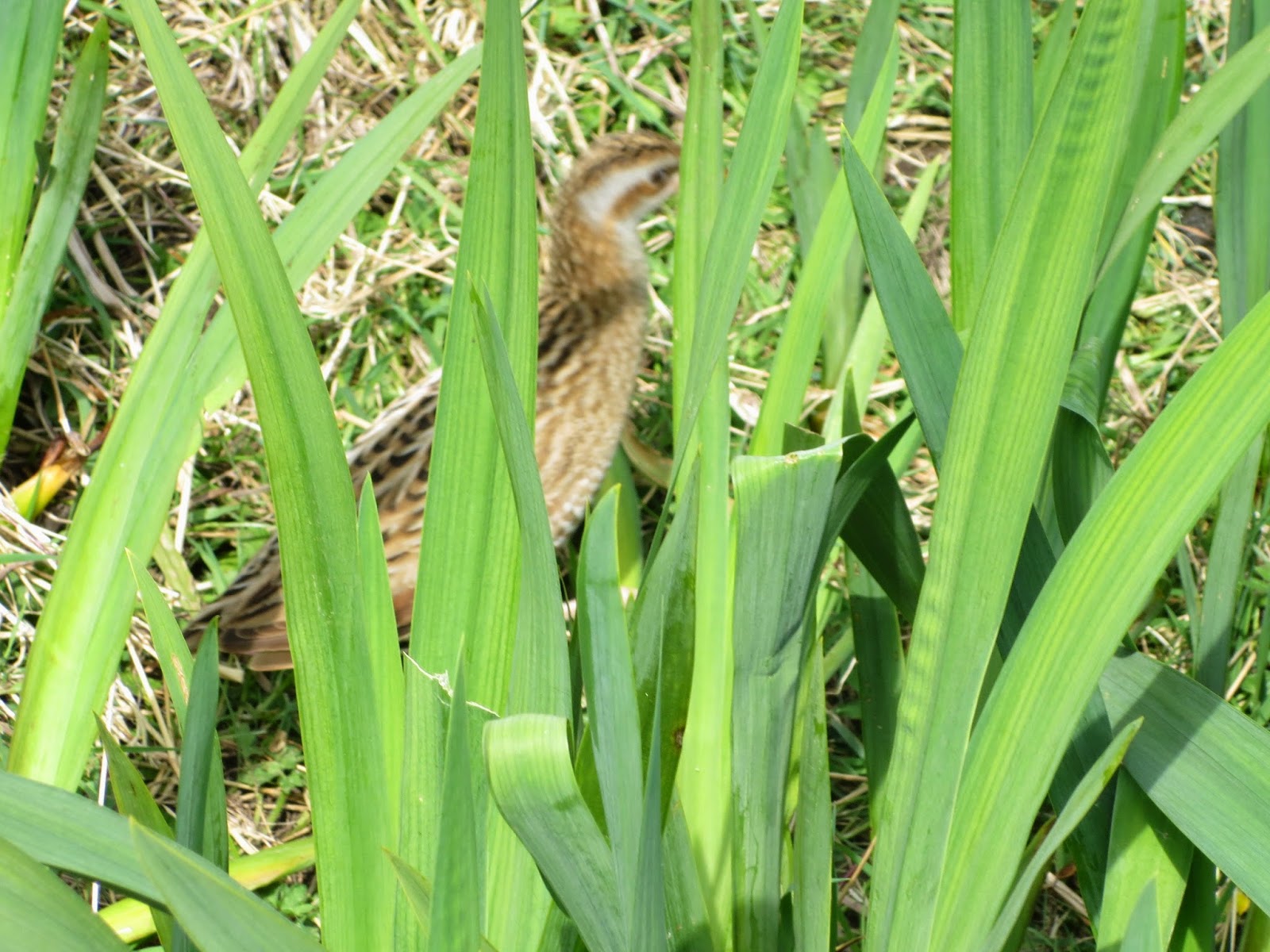 In the flag just by the seat,  Deo Gratias indeed . 12 inches from our feet- Crex Crex the Corncrake

Posted by Margaret Mary Rowling at Saturday, May 03, 2014