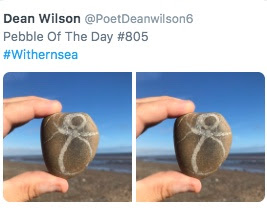 Daughter no 1 and I have just had a Grand Day Out. This was a whole family effort, although there were just the two of us on the expedition . Plans had to be made in the tradition of Youth hostelling, Voyages to the Antarctic, Ordering  schedules, Acquiring provisions, Leaving a secure base to return to , with beloved safe, fed and near the TV controls , a meal to await return  .
Son in law @mrcravenracont, daughter @ImogenWormald , and assorted grandsons and nephews have not deserted twitter for Instagram completely. Son in law is always finding me interesting people to follow, and all of us claim to have first found @PoetDeanWilson, who finds a Pebble of the Day.
Daughter first found Wrecking Ball Press @wbphull and associated bookshop in the Hepworth Arcade on a sojourn around Hulls Old Town, but I claim to have been the first person in the  immediate family to have used Twitter, when @simonrudiger set me up to run our @FileyParish account in 2009.
I happily ran @Filey_UK from 2009 too, but was able to share the running of it with Tracey Roberts @fileyford, about 10 years ago  when Carer Duties became more time consuming.
It doesn't not surprise me that @PoetDeanWilson has 12.8 K Followers. Filonians have many more pebbles to discover than the beachcombers of Withernsea, but most post pictures of the beach , and these for me are not as entertaining , creative and otherworldly as the pebbles. Photos of Filey Old and New , the highly successful Facebook group started by our wonderful plumber and friends shows Filey only , and I want to go further .

The Pebbles may transport to rock beds across seas,  stretch the creative minds , inspire vocabulary ,  and search for learning .
Son in law first saw the Exhibition At Withernsea Lighthouse Museum dropped casually into the twittersphere. Deans Pebbles inspired @k_j_turner to craft a quilt , and its just beautiful, on show with Pebbles and Photos .

So the Grand Day out was planned before the Lighthouse closes for the season .Last chance is 24th October 2021.
Ive known Withernsea all my life, Aunty Mabel and Uncle Gordon lived in  Bannister street , until the railway was closed and they had to move to Brough so they could commute to Hull .

Its has a much more attractive seafront  since EU money paid for extensive updates in 1995/6. Like Filey it is however a deprived seaside town, which no sanitised rhetoric can hide as the Census and other  data says it all . Ive never been to the lighthouse before, a fantastic pot of tea in the garden, and then on to Patrington  to show daughter one of the loveliest parish churches in England and to the atmospheric Sunk Island, Stone Creek and home by Cherry Cob sands.

Deans Poems , and I have Take me up the Lighthouse , include the Poem
SMART METER,
IS THE POEM ABOUT VIENNESE WHIRLS , JUST FOR MY SON WHO LOVES THEM !
This poetry book comes with a warning ,  as my daughter said , Its a bit rude Mum ! 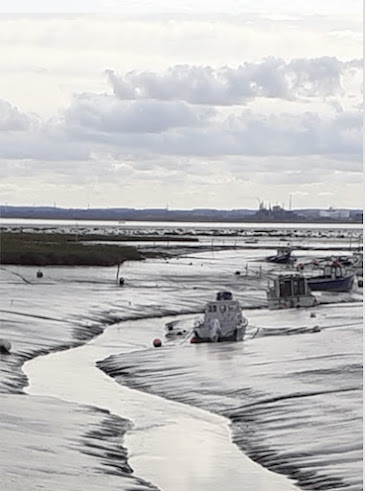