Hoping it will all go away..

Hoping it will all go away , maybe so, as David Cameron has had to do a u turn in the way he is perceived to be dealing with the humanitarian crises of the Refugees, Asylum seekers and migrant workers trying to enter Dover. Should the title say Hoping they will all go away, go somewhere else? This whole situation is making everyone talk. After Christmas everyone was talking about Je suis Charlie, and now that the dust has settled on this topic we can all look back and re-assess our thoughts and actions at the time.

My husband , not usually talkative before breakfast , thinks that the mood of the people , the vox populi is driving the actions of not only the politicians, crowd pleasers and passengers on the Bayswater Omnibus but  in themselves are the force  force driving the  momentum of the mood, voice and actions of the UK . Everything going on seems to be in direct reaction to the pictures on the Front Pages , on the TV and especially for me on Twitter and Facebook . People are saying the most awful things on Twitter ,negative things and cruel things about other humans. If the Humanitarian crises unfolding at present were Caninitarian, everything , reactions, actions , talk and banter would be so different .
Its seems to spouse and I that all the crises at the present have never had a parallel in human history before, as never before have the Social Media been such disruptive, positive and  negative driving forces.
Aged parent talked about the rise of fascism in the 30s, an uncle talked about being one of the first into Belsen , a friend had to deal with  foot  and mouth outbreaks in 2000. None of these happenings had the Benefit, if thats the word of TWITTER, and even now people don't believe that the Holocaust ever happened, and we cant assimilate the Humanitarian Crises of genocide in Africa as being like a Holocaust, the Nigerian girls trafficked now nearly 2 years ago have still  not been found. 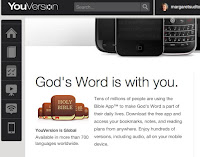 Today Louise  sent me a message , which I received as I was sitting up in bed doing my YOU VERSION Bible Reading. She wanted me to share her post on the Parish Facebook Page. I had to read her message , as the message logo was covering my bible reading. She is asking for donations of Teddy Bears for the children of Syrian and other  refugees , for a friend who has  started a collection.

Now here is the bit you might not want to read , or you might be surprized . I dont like Teddies, I dont like Cuddly Toys, and all though my children were given them by doting aunts , so had enough, I didnt take much notice of Louises Message. BUT I was in the middle of my quiet time , and got a HS prod. Then I started thinking about it .

I have had 3 children under 4 years old, I have 4 grandchildren  now , and I am a selfish cow. Small children in the Filey , my small grandchildren , the small Teddy Using children of Filey will never understand the horrors going on for Syrian Refugees, and I don't want them to , I want them to enjoy their own childhood and be free from unecessary FEAR.

Small Children do understand they may give a Teddy to another child who has not got one !
Interesting Link re Teddies