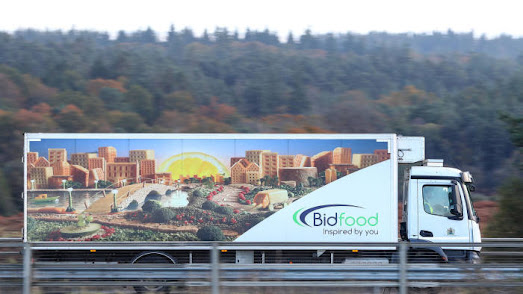 I've been looking everywhere for my copy of 'The Monkey Wrench Gang' by Edward Abbey. It will come into one of seven categories. 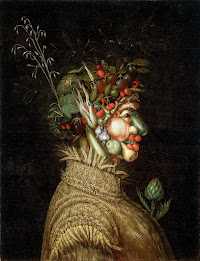 I've also been looking for my Picture book of  Archimboldo's  strange and mesmerizing portraits. I particularly want to look at these pictures again although Google Images will suffice for now. Even poorly reproduced art works are better on paper for me. They become well known friends, an ownership of imagination and a certainty of recognition and remembrance when the pages are turned again.
No Catering vans have been seen much in Filey recently, and I do miss them, the ones with foodscapes that is !  Here Google is an acceptible substitute for paper, as I don't yet have a book of pictures of Catering Supply vans with foodscapes. I don't need one but I would like one. Here Mr Google has broadened my imagination and wetted my appetite for innovation , for the bizarre , for the clever takes and for the imagination of Graphic designers.  Years of trying to help young people to take their imaginations away form the small screen to designing their own huge screen in the mind have made me do the same. The small screen in front of me now will have to substitute for a paper copy, as I trawl Google images and find treasure that will do for now, but is not stored for future enjoyment except in my overloaded brain. I bookmark webpages , but rarely go back to them , whereas a book holds no overload. It may be replaced on a shelf or misplaced amongst the Botany section . 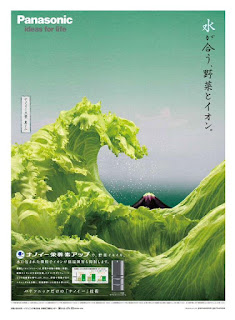 Oh! look at this one Ive just found! A Hokusai  wave, not a new idea , as I remember getting my Bridlington students to do them with Flamborough Light replacing Mount Fuji. I love it anyway.
Why am I looking for my copy of The Monkey Wrench Gang ?
Last night I was looking for my Achimboldo  and found Aunty Gwens copy of " The Typist Treasury  by Kate Stevens 1939, Over 600 helpful Points for those who type or Write, the frontispiece declares.  I found the words Deus ex machina and remembered that when I read the  Edward Abbey book in about 2011 I came across the Chapter with that title, and I could never work out what it meant. I even went up to a man in Leyburn  in 2016 ,bearing the words on a T shirt and asked him what the words meant and he didn't know.
Kate Stevens 1939 knew
'something providential that happens just in time to solve a difficulty. (Literally a god from the machinery , referring to gods shown in ancient theatre.)
Posted by Margaret Mary Rowling at Saturday, February 06, 2021