Entrepreneurs of Hull , read this ! #Hull City Of Culture 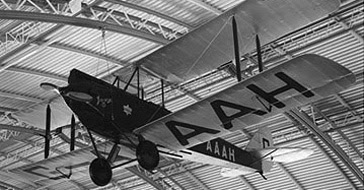 In my mind Ive never seen this in the Science Museum . I must have done , but never read the label and realised that it was the very one that was flown by Amy Johnson to Australia, D.H.60 Moth 1928 G-AAAH Jason.
She is a famous daughter of Hull, and many of us learned about her thrilling flight as we were at school just after the  2nd World War. Hull people needed a heroine then , just as we do now. I've been to Sewerby and seen the exhibition of her personal artefacts donated by her family .
So today I read in the Times that the Science Museum has refused to lend the plane to Hull for the City Of Culture 2017 event . Their reasons are all very sound, just as Hulls reasons for borrowing it are very sound. This debate will no doubt run . I wait to see comments on the Hull Facebook and Hull and East Riding  pages, which are THE place to see what Hullesians really think. IMO. AS a rider here I say that Philip Larkin might have been a great poet, but SON OF HULL HE WAS NOT.
So to you organisers of festivals and entrepreneurs of Kingston upon Hull's City of Culture 2017 event, make something of this!
Hire a large warehouse or Shop  down Humber Street:


There I've given you a start !Get Going NOW